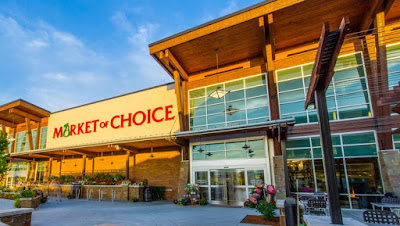 The shopping center at NW Cornell and NW 18th Ave Beaverton was billed at $30 million when it broke ground in 2013. Three years later it sold for $ 13.1 million more to JLL Income Property Trust. Timberland Town Center was designed and built by Tualatin- based Gramor Development, the same company behind the massive $1.5 billion Columbia River development known as the Vancouver Waterfront.

“The Timberland project was highly sought after because of its proximity to affluent neighborhoods, great schools, and its nearby surrounding employment base”

Not even six weeks after it sold its Progress Ridge TownSquare for a princely $101 million, Gramor Development has unloaded another metro region shopping center, this time for $43.1 million.
The Tualatin-based Gramor, headed up by Barry Cain, sold its Timberland Town Center in Beaverton to JLL Income Property Trust, a real estate investment trust based in Chicago, for $43.1 million. When it broke ground in 2013, the shopping center, at Northwest Cornell and Northwest 118th Avenue, was billed as a $30 million project.
“The Timberland project was highly sought after because of its proximity to affluent neighborhoods, great schools, and its nearby surrounding employment base,” Cain said, in a release. “We designed and built a high quality, retail town center integrating well within the surrounding community.”

The 92,000-square-foot shopping center was fully leased at the time of the sale,

according to a release from JLL Income Property Trust.
“The acquisition of Timberland Town Center reinforces JLL Income Property Trust’s strategy to invest in high-quality, grocery-anchored retail centers located in desirable demographic areas,” said Allan Swaringen, president and CEO of JLL Income Property Trust. “This is our 11 th grocery-anchored retail acquisition . . . bringing our aggregate retail portfolio investment to more than $630 million.”
Capital Pacific LLC of Lake Oswego brokered the acquisition.
Gramor is also the developer behind the massive $1.5 billion development underway on the Columbia River in Vancouver known as the Vancouver Waterfront. After the sale of Progress Ridge, Cain said some of the proceeds from that are helping to bring the waterfront develpment to life.