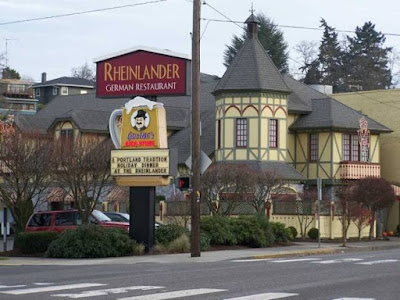 “This decision didn’t happen overnight; we’ve been discussing it for a long time,”

“I have bittersweet feelings about it,"

PORTLAND, Ore. (KOIN) — A German restaurant that has been in Portland for 53 years will be closing its doors sometime in the first quarter of 2017.

Der Rheinlander, owned by Guten Foods, announced on Tuesday it sold the building that houses the 50-year-old restaurant to Venerable Properties. The sale closes on Friday (9/30/16)

Employees will have the opportunity to stay on at the restaurant until it closes, and then they will be offered raises and positions at other Guten Foods restaurants.

“This decision didn’t happen overnight; we’ve been discussing it for a long time,” Guten Foods CEO Suzeanne Mager said. “I have bittersweet feelings about it, of course. But I feel it’s the right thing to do, especially considering today’s Portland food scene. It has been evolving, and so must we.”

Mager said for every entrée sold from Friday until the restaurant closes, Portland-based food service training company New City Kitchen will receive $0.25. New City provides training and job placement in the food service industry for individuals getting back on their feet. It’s the company’s attempt at ending homelessness.

Der Rheinlander was founded in 1963 by Portland’s original celebrity chef, Horst Mager. The chef appeared on KOIN 6 in the 1970s doing a weekly cooking segment. In the 1990s, Suzeanne Mager, Horst Mager’s daughter, purchased the business, keeping it in the family. 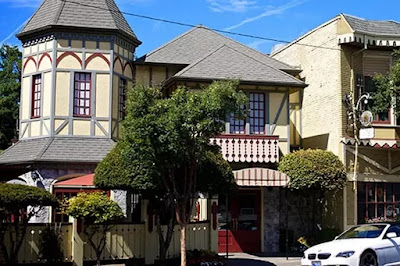 A location long favored for spätzle, schnitzel and sauerkraut will soon be frequented for major medical services instead

The 53-year-old Der Rheinlander restaurant will be closing its doors in the first quarter of 2017, and is slated to be replaced by a new building for The Portland Clinic at 5035 N.E. Sandy Blvd. in the Rose City Park neighborhood.

Hall, the White Stag University of Oregon building and the Ladd Carriage House.
With this experience, Venerable Properties intends to build a new Portland landmark to replace the iconic Der Rheinlander, keeping the space true to Portland.

“We were looking for opportunities in the market and Der Rheinlander got our attention because it’s a great location and a pretty large site where we could do something of capacity,” Kelly told the Business Tribune. “It’s a sizeable enough site to do something meaningful and make a good market statement.”

The building will be a total of 32,000 square feet, with 24,000 already signed over in a long-term lease to The Portland Clinic’s new healthcare center. The remaining 8,000 square feet is planned to be offices or retail for other tenants.

“We’re very happy to have acquired the site and we’re excited about building a high-quality project there that will stand the test of time,” Kelly said. “People will say many years from now in the future, ‘wow, that’s a nice looking building,’ and ‘what a nice project.’”

“We’re thrilled to have The Portland Clinic as the anchor tenant, and are looking forward to being a good community neighbor for a long time there,” Kelly said.

Sera Architects are contracted to design the building, and Colorado-based Schommer Construction will be building it beginning in Spring 2017 with a completion date of June 2018.

Established in 1921, The Portland Clinic has six locations in the metro area and more than 90,000 annual patients. The new location will become home to staff and patients from the two smaller locations along Northeast 20th Avenue and Sandy Boulevard and along Northeast 112nd Avenue and Airport Way.

“We want to position our services in convenient locations to serve current and new residents,” Clark said. “We constantly monitor the landscape of Portland and adjust where our doctors and nurses practice based on these needs.